Stable cell lines, expressing a gene of interest or harboring knockout, knockin or precise sequence changes (e.g. point mutation) at a defined locus, are widely used in recombinant protein and antibody production, drug screening, gene functional studies and other applications. Stable cell lines can overcome the variation associated with transient transfection and grow continuously over a prolonged period of time and stably carry a genetic modification or express a transgene without significant changes in expression levels. In most cases, the development and production of a qualified stable cell line is a complex and time-consuming challenge, which requiring extensive experience and technique.

ALSTEM can provide one-station services for establishing stable cell lines with customized genetic modifications at unbeatable prices with rapid turnaround. Our solid expertise in lentiviral technology enables us to efficiently generate stable cell lines to meet the requirements of reporter cells that express RFP/GFP/ luciferase for high-throughput assays, overexpression cells to study your protein-of-interest, TET inducible cells or customized cells for any research application. We can design and generate tailor-made vectors according to your experimental needs and the characteristics of your specific cell lines. We have access to a range of technologies and an expert team experienced at working with a variety of cell lines, including adherent and suspension cells. Chemical transfection, electroporation or viral transduction will be employed where appropriate to introduce the desired DNA changes. After standard drug selection, polyclonal cell populations or monoclonal cell lines will be sub-cultured, verified and delivered to you ready for use.

To request further information or a quote, please CONTACT US.

Firefly luciferase is commonly used as a genetic reporter to assess the transcriptional activity of a construct with luciferase gene under the promoter of interest. We first tested the function of two different promoters, SFFV and CMV, which drive the expression of luciferase, on five different cell lines. Although luciferase activity varies in different cell lines, the SFFV promoter showed much stronger luciferase expressing than that of CMV promoter in each cell line (Figure. 1). Here, Luciferase and tdTomato dual-reporter HeLa cell line is derived from HeLa cells by transduction of ALSTEM’s pLenti-SFFV-Luciferase-PGK-tdTomator-T2A-PURO Lentiviral Reporter (cat# LV452) lentivirus. The cell line stably expresses firefly luciferase at high level since it is driven by SFFV promoter. It also expresses a red fluorescent protein marker (tdTomato) and puromycin resistance gene, which are driven by PGK promoter (Figure 2). Luciferase/tdTomato dual-reporter HeLa cells can be a very useful cell line for non-invasive visualization in both in vitro and in vivo experiments. 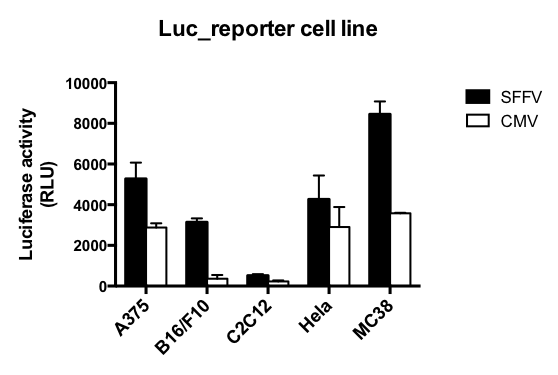 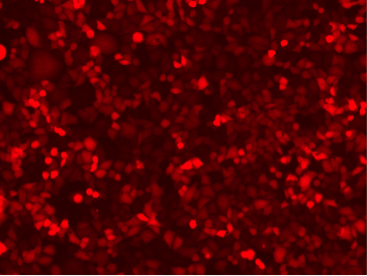 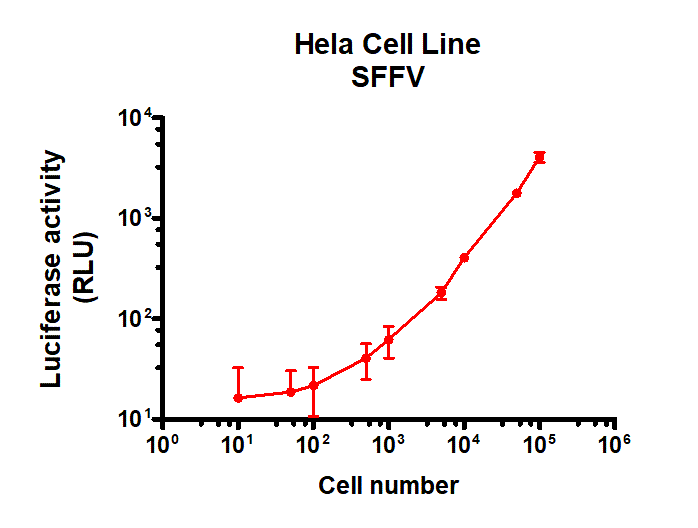 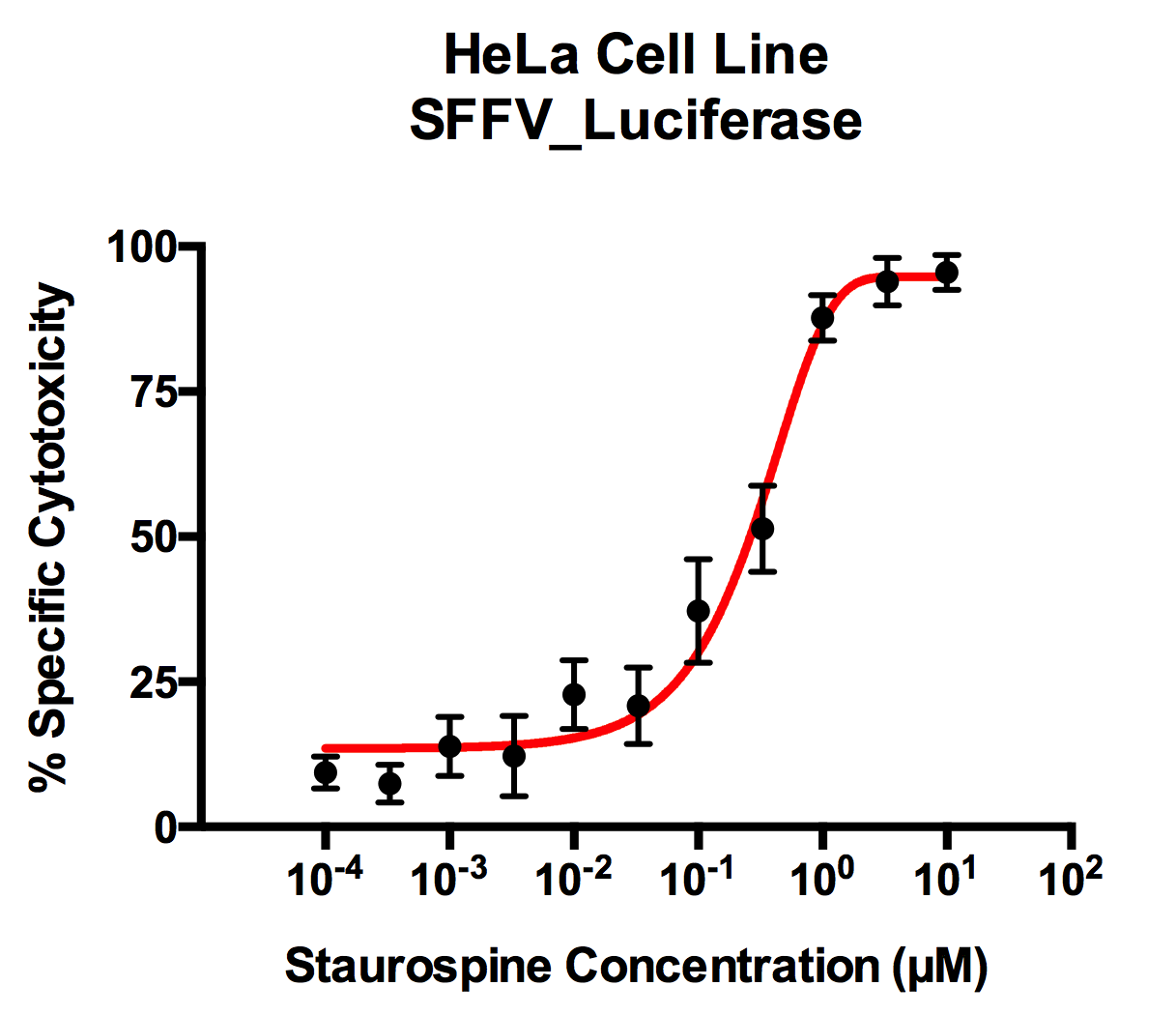 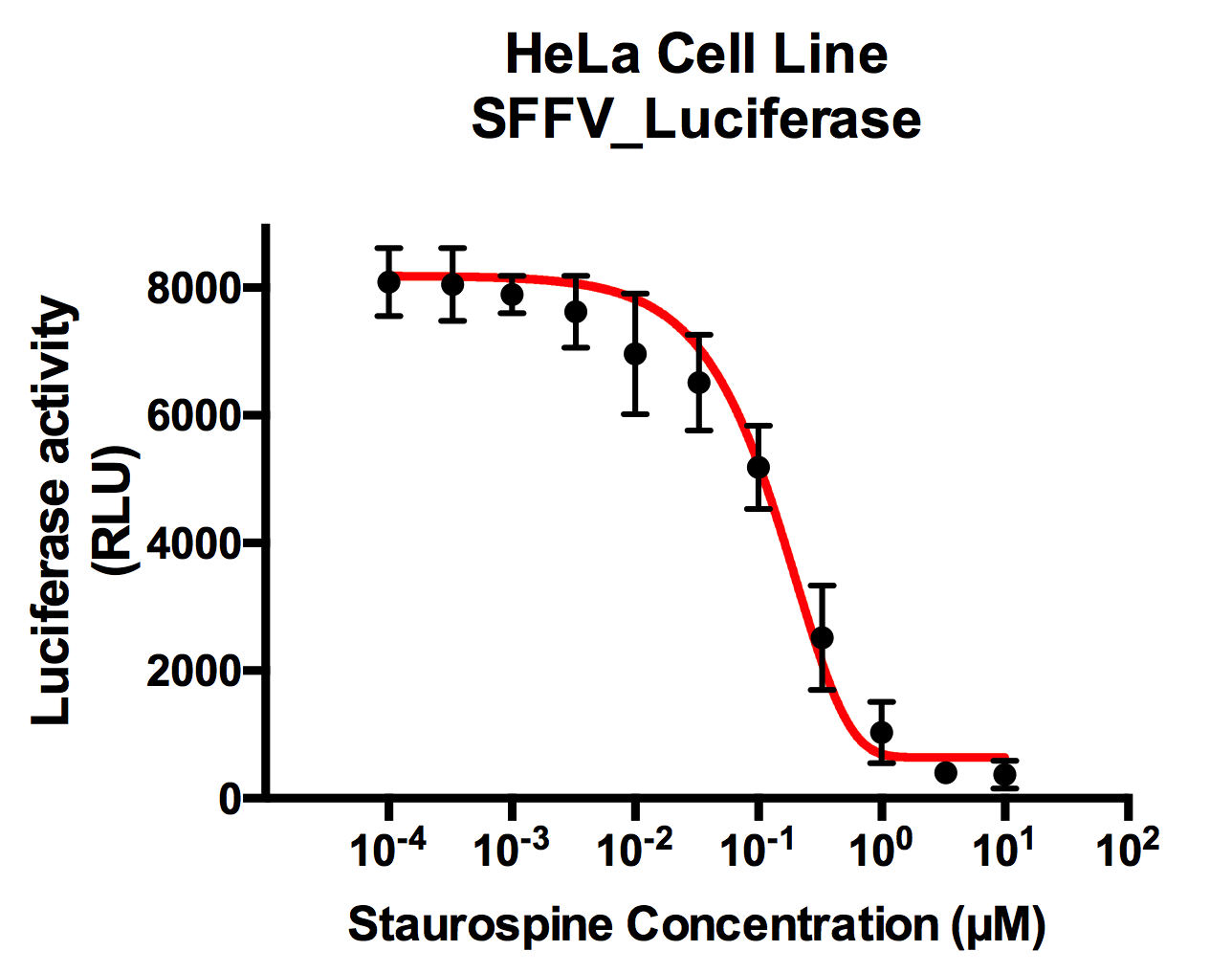 Recombinant stable cell lines are one of the widely used tools in drug discovery, toxicity testing, and basic research. Long-term stable expression of a gene of interest (GOI) is usually achieved by transfection or viral transduction of a vector containing the expression cassette of the GOI together with a selection marker (antibiotics or fluorescent proteins). In contrast to transient expression, stable cell line offers reproducible results for assay studies. Here, we packaged lentivirus and transduced a mouse cell line. The expression of transgenes was confirmed by FACS analysis Figure 4. 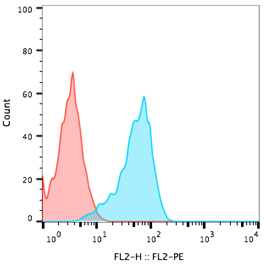