A risk-free and one-stop service

Our efficient custom iPSC generation services release you from stressful and excessive workload process of cell reprogramming, so you can lean back and enjoy your research.

Pluripotent stem cells hold great promise in the field of regenerative medicine. They represent a single source of cells that could be used to replace those lost to damage or disease. They can propagate indefinitely, and give rise to every other cell type in the body (such as neurons, heart, pancreatic, cardiac and liver cells).

Induced pluripotent stem cells (also known as iPS cells or iPSCs) are a type of pluripotent stem cells that can be derived directly from somatic cells. iPSCs are genetically reprogrammed from adult cells, and are similar to natural pluripotent stem cells, such as embryonic stem cells (ESCs). While these artificially generated cells are not known to exist in the human body, their characteristics are remarkably similar to those of embryonic stem cells, such as with their expression of certain stem cell genes and proteins, chromatin methylation patterns, doubling time, teratoma formation, and plurial-potency and differentiability. Since iPSCs can be derived directly from adult tissues, they not only bypass the need for embryos, but can be made in a patient-matched manner, which means that each individual could have their own pluripotent stem cell line. Such unlimited supplies of autologous cells could be used to generate transplants without the risk of immune rejection. Therefore, iPSCs are an invaluable resource for drug discovery, cell therapy, and basic research. iPSCs are used in personalized drug discovery efforts and understanding the patient-specific basis of disease.

The iPSC reprogramming methods were was pioneered by Shinya Yamanaka, who showed in 2006 that the introduction of four transcription factors (namely Oct3/4, Sox2, Myc, and Klf4) could convert adult cells into a pluripotent state. Human iPSCs were first generated in 2007 through retrovirus- or lentivirus-mediated gene transduction. However, both viral vectors require integration into host chromosomes to express reprogramming genes. Genomic integration of transcription factors was found to increase the risk of tumor formation and mortality in chimeric and progeny mice derived from iPSCs. Several methods have been developed to generate integration-free human iPSCs, including adenovirus, Sendai virus, the piggyBac system, minicircle vector, episomal vectors, direct protein delivery and synthesized mRNA. The reprogramming efficiency of these integration-free methods is impractically low in most cases. Direct delivery of proteins or RNA is labor-intensive, requiring repeated delivery of the reprogramming factors. Modifying Sendai virus vectors or preparing synthesized mRNAs is technically demanding.

We offer complete one-stop services, including free expert scientific consultation to plan your reprogramming project, fast turn-around with scheduled milestone status updates to inform you of the progress of your cells, and ongoing comprehensive advice in maintaining your reprogrammed iPSCs upon delivery to your laboratory.

After receiving source cells from customers, the cells are expanded, and then transfected with episomal reprogramming vectors and plated on MEF feeders or alternatively, under feeder-free conditions. The ESC-like clones are picked and characterized for pluripotency. The qualified clones are expanded and cryopreserved.

Generation of human iPSCs from fibroblasts on feeder-free conditions

Here we demonstrate that ALSTEM’s episomal reprogramming method is able to efficiently generate human iPS cells from fibroblasts using feeder free conditions. About half million fibroblasts were transfected with episomal vectors using electroporation, the transfected cells were replated on vitronectin coated plates next day. The culture medium was changed to ReproTeSR medium on Day 2. On Day 4, some round-shaped cell clusters appeared, and gradually became more like ES cells in morphology. On Day 15, medium was changed to E8 medium for continued culturing. After 3 – 4 weeks, some clones showed the typical morphology of regular ESC colonies, with their large nuclei and indistinguishable cell boundaries. These clones were picked and expanded for further characterization. 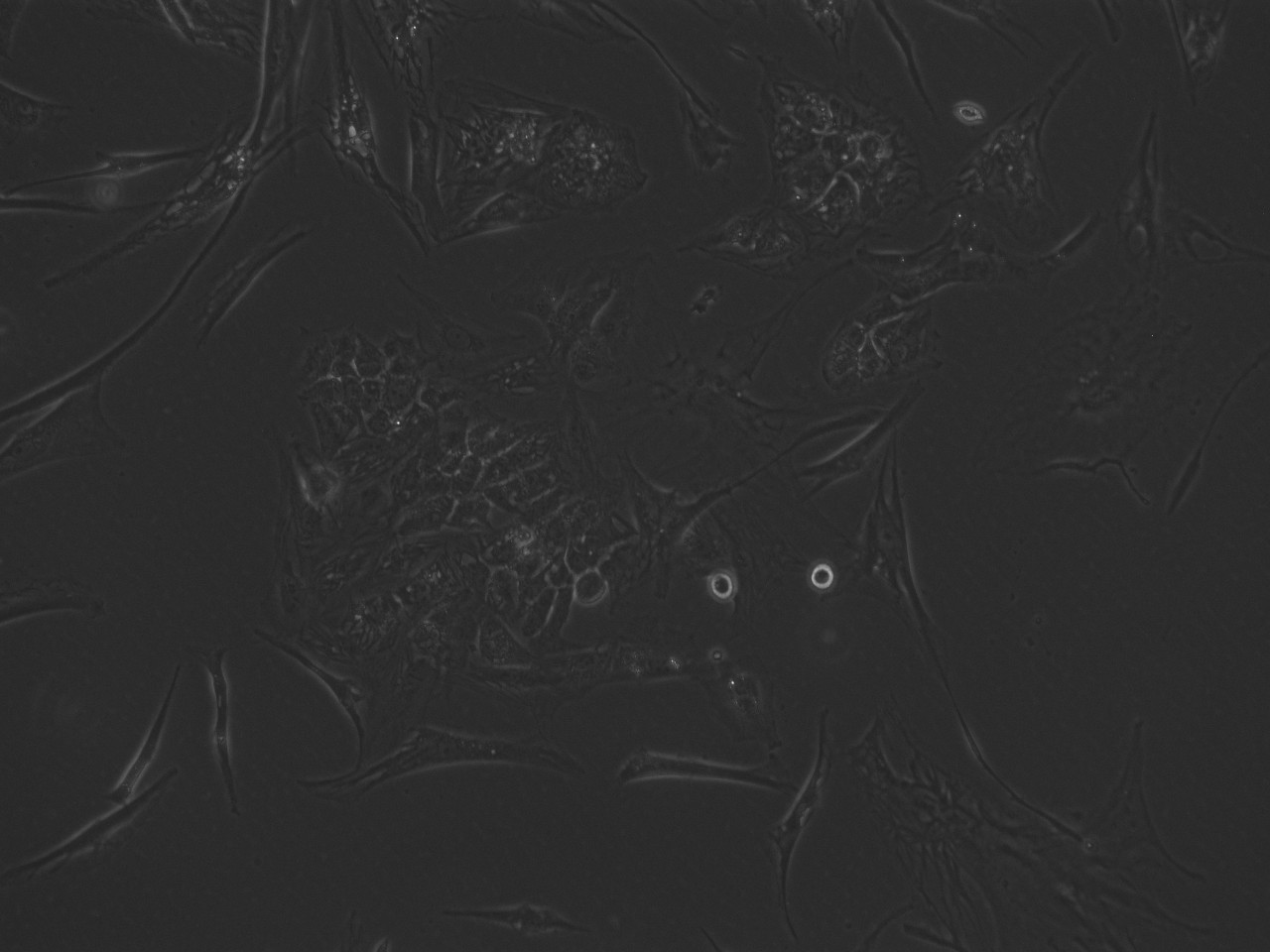 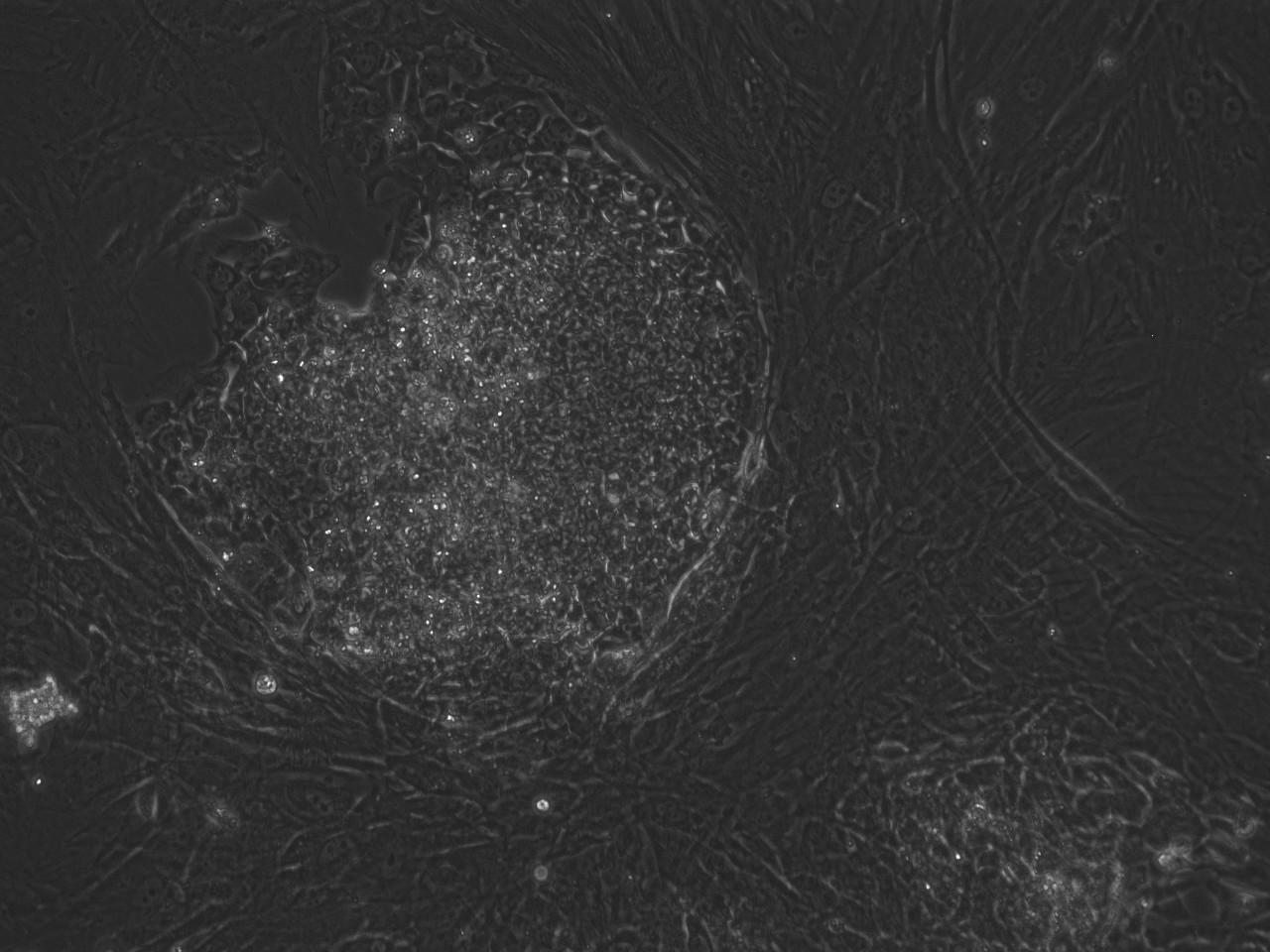 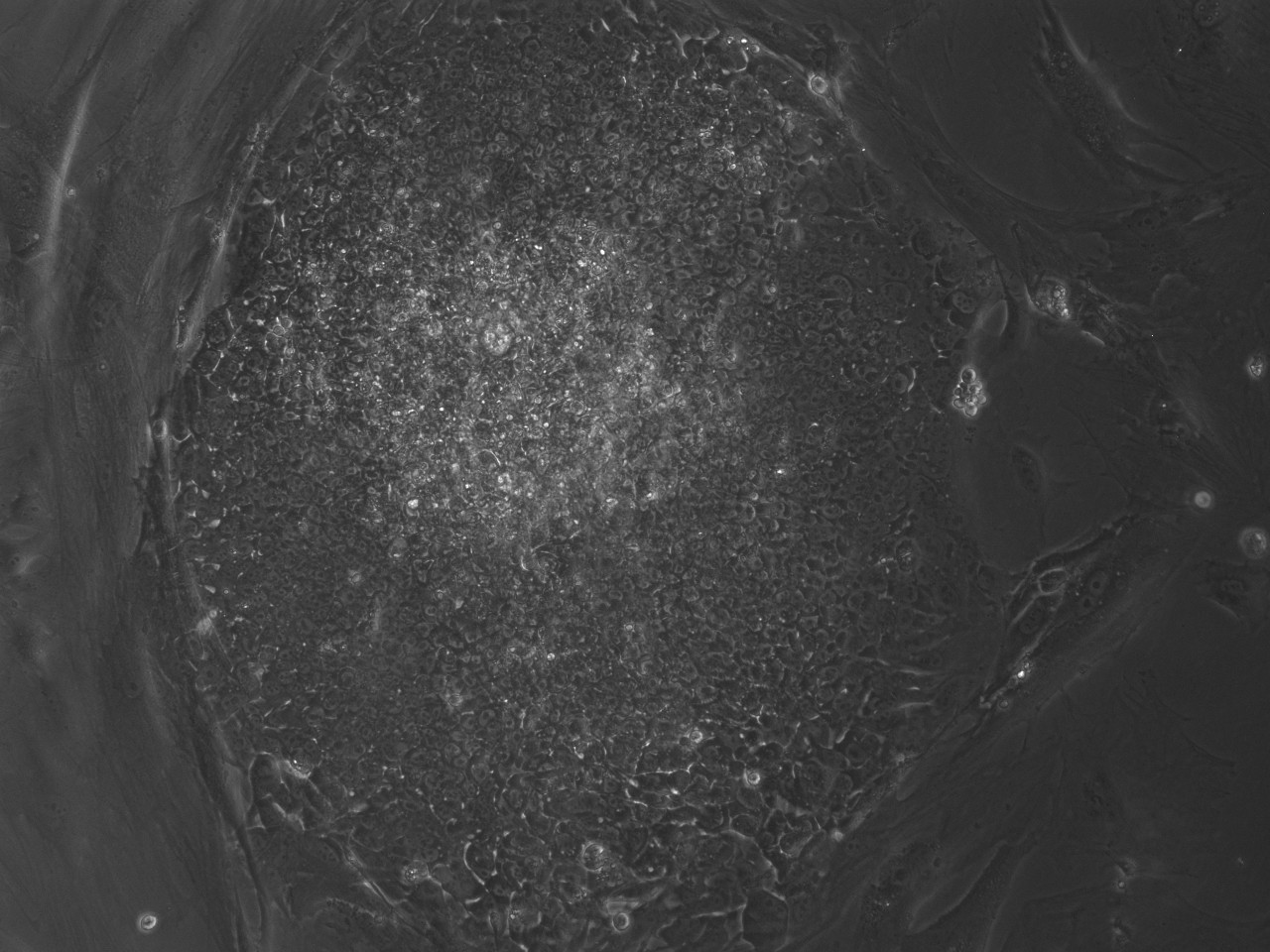 ALSTEM provides induced pluripotent stem cell reprogramming services that can be customized to fit your needs. If you don't see what you're looking for above, please don't hesitate to CONTACT US. Our dedicated team of scientists will be happy to determine feasibility and outline the best solution to achieve your goals.