Need to generate mutant cell lines but too busy to do it yourself? ALSTEM offers complete genome editing services according to your specifications to help you accelerate your research. Empowered by CRISPR/Cas9 technology, our experts can generate genome edited cell lines carrying permanent knock-out, conditional knock-out, point mutation, and/or insertion to meet your needs.

Please CONTACT US to discuss your gene editing project or fill in the form below and send it to us.

Genome editing is a powerful tool to introduce additions, deletions, and substitutions in the genome of a living organism. The development of genome editing technologies involves with the use of meganucleases; zinc finger nucleases (ZFNs); transcription activator-like effector nucleases (TALENs); and, most recently, the CRISPR/Cas9 system (Figure 1). 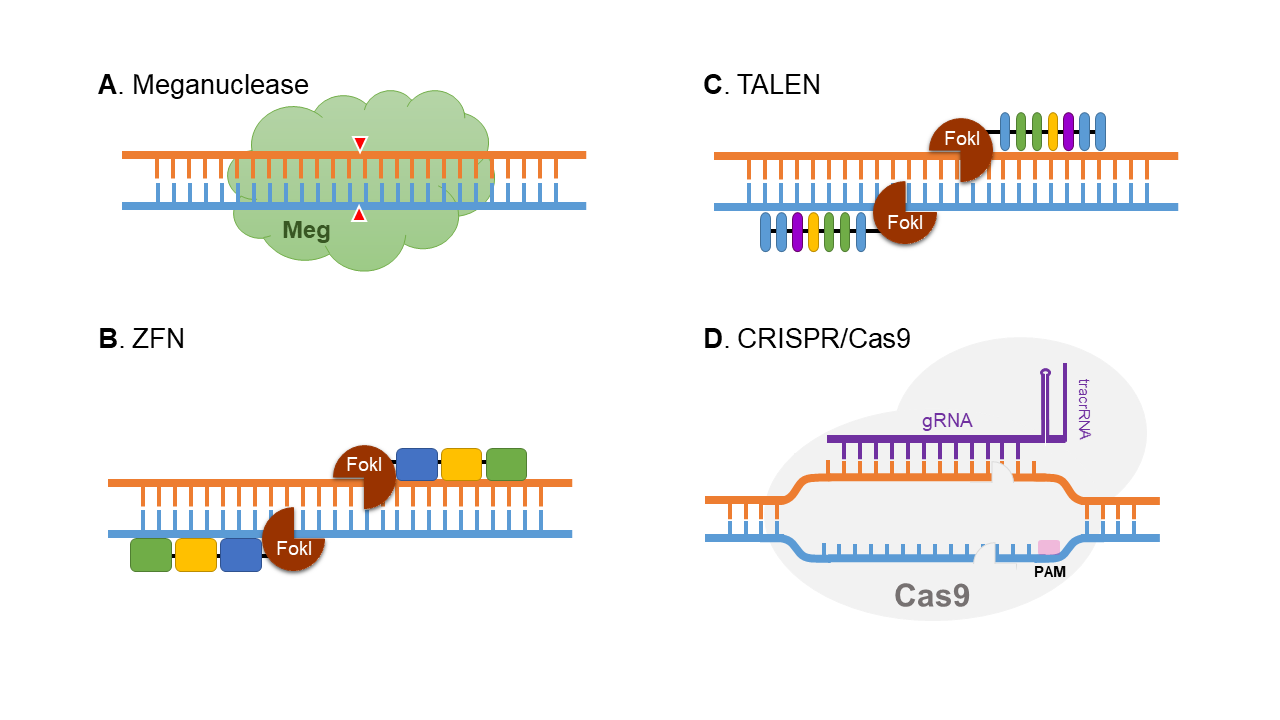 Figure 1. Schematic representation of four genome editing technologies. (A) Meganucleases are nucleases with long DNA recognition site, which might not be applicable for target-site editing. (B) ZFN combines restriction endonuclease and several zinc-finger-binding domains with each recognize 3 base pairs. Two ZFNs are designed to recognize the target sequence in the genome and FokI is dimerized to create double strand break. (C) TALEN is similar to ZFN with replacement of zinc-finger-binding domains with repeats of nuclear effector domains. Each nuclear effector domain recognizes single base pair. (D) CRISPR/Cas9 is a complex of artificial designed SgRNA and Cas9 nuclease. SgRNA binds to target DNA sequence which allows Cas9 to create double stranded break.